Okay - so, as mentioned previously, Barbie Wilde invited me into "The Next Big Thing" - here are my answers to the Questions asked - hope you enjoy.

(as I'm typing this I'm listening to Tara by Bryan Ferry - that's the kind of mood I'm in today!)

1. What is the working title of your next book?


2. Where did the idea come from for the book?
Recently I've been obsessed with Demons - as well as this antho, I'm actually doing a second one for Static Movement called "Demonology".  King James 1st of England wrote a book called "Daemonologie" and was very personally involved in witch trials and the like - actually as I'm typing this perhaps I should write a Steampunk type of book where James 1st is a demon hunter....um, I quite like that....hold that thought.
3. What genre does your book fall under?

4. What actors would you choose to play the part of your characters in a movie rendition?
My particular story is called "The Sixteenth Chapel" and (stop sniggering at the back) I have to thank Justin Bieber for the title.  If you don't know he was recently interviewed on David Letterman and he apparently mixed up Sistene Chapel with Sixteenth - but what was his stupidity was actually a flash of inspiration for me and I have written a series of stories which have appeared / are appearing in a number of anthologies about some mysterious goings on in Paris.

With that in mind - the "lead role" (as such) I wrote for a great young french actor called Vincent Rottiers - he's really getting a name for himself and MASSIVE things are predicted.  I've very recently written a short film script also set in Paris with him in mind which has just got me nominated for "best screenplay" at the upcoming Monaco Film Fest.


5. What is the one-sentence synopsis of your book?
For the antho as a whole it would be something like "An A - Z of Demons" - I know, not very exciting and I'll work on that before publication.

For my personal story it would be something along the lines of "The Devil hides in the most strangest of places" but don't quote me on that - it'll be a thousand times better than that soon - as I say, it's a large story arc....
6. Will your book be self-published or represented by an agency?
No - the antho will be published by Western Legends Press - back end of December or early 2013.  Check them out!  http://westernlegendspublishing.wordpress.com/

7. How long did it take you to write the first draft of the manuscript?
The story usually only takes a week or so but the editing / fine tuning - a couple of months!


8. What other books would you compare this story to within your genre?
For me, some of my work has been compared to early Clive Barker - so I'll stick with something like the "Books Of Blood".

9. Who or what inspired you to write this book?
I'd love to say the Bieber but I won't....right now, I'd say PARIS inspires me on a daily basis.
10. What else about the book might pique the reader's interest?
The fact that I compiled / edited it?  No?  Okay - let's say it's a great anthology full of brilliant, nominated and award winning writers - and a cover by the amazing James Powell.  Western Legends are a new publisher and they deserve all the successes that are coming their way!!!! 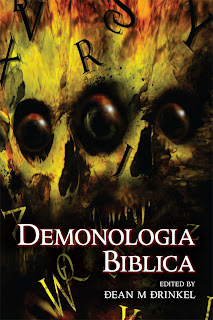